Benefits of using Solar Panels for your Home

Dozens of energy sources have emerged to produce electricity for people all over the world. With non-renewable resources’ negative impacts on the environment, renewable resources like solar energy became one of the best alternatives.

Many companies and households were able to turn to solar energy thanks to solar panel technology innovation that harnesses light from the sun and turns it into electricity. But there is more to solar energy and panels than merely having an alternative electricity source.

Solar energy comes as the third most renewable energy after water and wind. It is available everywhere, and as renewable energy, running out of it is not a problem. The sun can give us  4,000 times more energy than other energy sources. No amount of effort or money is needed to get this type of power as the sun is around most of the time during the day—aside from what you’ll use to purchase panels for your home or establishment, of course.

Once you install a solar panel system in your home, you can generate your own electricity and depend less on your electric utility. Since this energy is rarely scarce, electricity bills will surely drop after using solar energy. This is one of the solar energy benefits that most people look forward to. However, the bill drop will depend on the size of the panels installed in your home and the amount of energy you use.

The installation of solar panel systems can be a bit expensive, but its maintenance can make up for its installation cost. They only need to be relatively clean, so occasional maintenance will be enough. However, if you want professional cleaning, some companies offer this service. This is also advisable if you don’t want to possibly damage the panels and risk their warranty.

As the panels do not have movable parts, the risk of damage is small. The only part that needs to be changed every 5–10 years is the inverter since it continuously converts solar energy to electricity. Other than that, cables also need monitoring to ensure that the system will work smoothly. Its lifespan is around 25 to 30 years—in that period, the solar panels do not need much maintenance.book.

4.       Less Negative Impacts on the Environment

The peak hours of energy consumption is from 11:00 a.m. to 4:00 p.m. and early in the evening. Electric bills tend to be higher during these hours. However, peak hours do not affect solar energy because those are also the times of their peak generation. When the sun is brightest, that is when people rely on electricity to keep them cool, but that is also when solar panels get the most energy from the sun.

Solar panels can be installed anywhere. All it needs is a space clear of any shade from the sunlight. The installation can also be expanded from a small-scale to a bigger one at any time. One of the most practical solar energy benefits due to its versatility is its viability even in remote areas. This will help thousands of households still deprived of electricity.

Broken transmission lines and system overload commonly cause blackouts. These do not affect homes powered by solar panel systems because their power source is independent.

The system only relies on solar energy, so as long as there is a sun and your system is working perfectly fine, blackouts are the least of your concern. However, if your house is still dependent on your electric utility and solar panels only act as a backup, you need to have solar battery storage for it to work.

Should You Install Solar Panels?

Using solar panels is a great investment. The installation of solar panel systems is always the hard part because it is quite expensive, and most people can’t bring themselves to invest. While it is costly, its service of around 20 or more years is worth the price. Just imagine the amount you will save in those years compared to the initial fee for its installation.

In addition, you won’t be able to experience the shortcomings brought upon by your electric utility and will be able to go on with your everyday life as long as your solar panel system is well-maintained.

The good thing about this system is it offers amazing benefits not only to the owner but also to the environment and other people. Solar panel systems are the revolution in electricity, as it does not risk any sectors just to provide service to the people. Don’t you want to be a part of that revolution?

With solar energy’s numerous benefits, it is a great replacement or substitute for traditional electricity. Solar panel systems do not only provide these benefits for a short period but for as long as it stands effective and works smoothly in your home, which is usually about 25 to 30 years.

For now, solar panel installation might be quite expensive, but with further normalization and technological development, it would be affordable for most people soon. It will be a new era when solar energy finally benefits everyone. 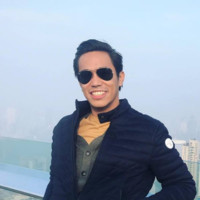 Enrique Hormillo
Enrique is a Business Development Executive at SolarNRG Philippines. Its parent company, SolarNRG Netherlands is one of the largest suppliers and installers of solar power system in Europe. Enrique’s experience stretches beyond business development as he also works as a Marketing Director for a motorsport store -- further solidifying his business acumen.