Expensive furniture sold by the US-based company Wayfair is at the centre of a bizarre conspiracy theory involving allegations of child trafficking, which has been spreading online.

The unfounded claims first appeared on 14 June in the US but have become a global trend since.

Wayfair has said "there is of course no truth to these claims".

What is the Wayfair conspiracy theory?

The claims originated in the QAnon community - many of whom believe in a far-right conspiracy theory that there's a secret plot by a supposed "deep state" against President Trump and his supporters.

A well-known activist tweeted about the high price of storage cabinets being sold by online retailer, Wayfair.

The user pointed out that the cabinets were "all listed with girls' names," prompting followers to allege that the pieces of furniture actually had children hidden in them as part of a supposed child trafficking ring. 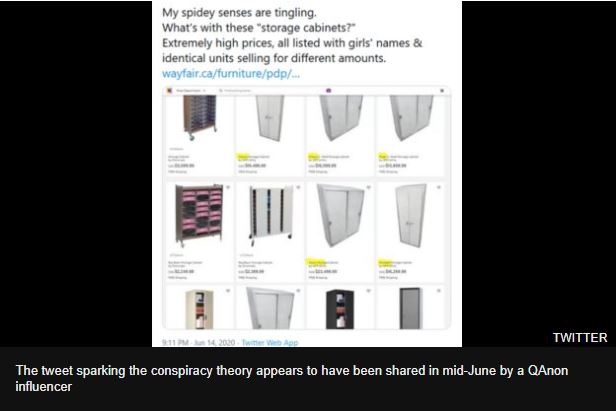 The initial tweet gained little traction until discussion about it was reignited on a Reddit discussion group called "r/conspiracy" almost a month later on 9 July.

By that point, QAnon followers were making supposed links between the fact that some expensive pieces of Wayfair furniture are named after girls, and actual cases of missing children in the US with the same names.

Some of these children are no longer missing and one woman, who was mentioned when a cabinet with her first name was linked to her alleged disappearance as a teenager, did a Facebook live refuting the claims.

She said she never went missing in the first place.

What is Wayfair saying?

When it comes to why some of its items are named after children, Wayfair has explained that the company uses an algorithm to name its products (other retailers also use first names to brand their products).

It acknowledged that the high prices listed may have led to confusion, but says the particular cabinets are large "industrial size" items meant for business or commercial use.

A spokesperson told BBC News: "We have temporarily removed the products from our site to rename them and to provide a more in-depth description and photos that accurately depict the product to clarify the price point."

There are also baseless claims that personalised pillows which can cost up to $10,000 are that expensive because it involves trafficking a child.

Wayfair has refuted this, and put it down to a price glitch on their website. The same sorts of glitches can be seen sometimes with other online sellers. 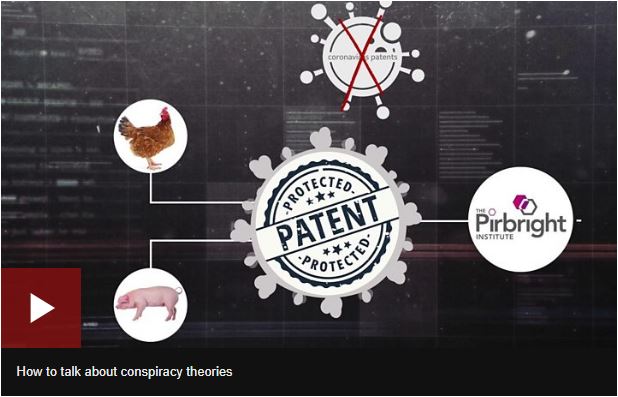 But it wasn't long before QAnon activists put forward a new theory.

Some said that after they put stock-keeping unit (SKU) numbers of specific Wayfair products into Yandex - a major Russian search engine - images of young women would appear in the search results.

That claim was true, but was down to a glitch in the search engine.

Newsweek reported that a Yandex search for "any random string of numbers" would return the same results.

Yandex seems to have corrected the issue now, as we've found similar searches no longer return images of young women.

Where has the Wayfair conspiracy spread?

Although it began in the US, the conspiracy theory soon became a global trend.

According to data from CrowdTangle, a Facebook-owned social media analytics tool, the term Wayfair has generated 4.4 million engagements on Instagram. It also spread rapidly on public groups and pages on Facebook, resulting in more than 12,000 posts and nearly a million direct engagements.

Analysis by BBC Monitoring shows the theory also gained huge traction in Turkey, with the second-highest amount of content after the US.

Has this happened before?

It has similarities to the unfounded Pizzagate conspiracy theory that spread across the internet when Hillary Clinton was running for US President in 2016.

The fabricated claims, which began on social media, suggested that a pizza restaurant in Washington DC was at the centre of a supposed child sex ring linked to the former presidential candidate's inner circle.

The conspiracy theory became so big it resulted in a US man opening fire in the pizza restaurant in question.

This is absurd for you guys to meddle into this topic.
There are important questions that should be asked. while you claim that the furniture was expensive. Why have they changed the pricing after the topic went viral?

Please steer clear from subjects that you don’t understand.

To make it worst, you guys copied this post from BBC, owned by the same set of people.

You guys are wicked to find yourselves supporting rubbish, if you do not understand what a wicked world we live in keep shut.