Many people have, want and love consoles for their functional and decorative features but not many people know that they’re called consoles. Consoles are side tables, so called because they are usually placed against a wall. Most of them have open and/or closed shelf spaces as well as drawers. They could be used in bedrooms, living rooms and corridors. They come in different shapes, sizes, colours and have different uses. Let’s highlight some of the different types of consoles.

In their most basic forms, consoles are usually rectangular surfaces supported on legs or brackets. The fronts are ornamented or beautified by some design or the other while the back is left bare because it’s always placed against a wall. Below is a simple console with a round detached mirror. The legs taper down to rest on a flat base. 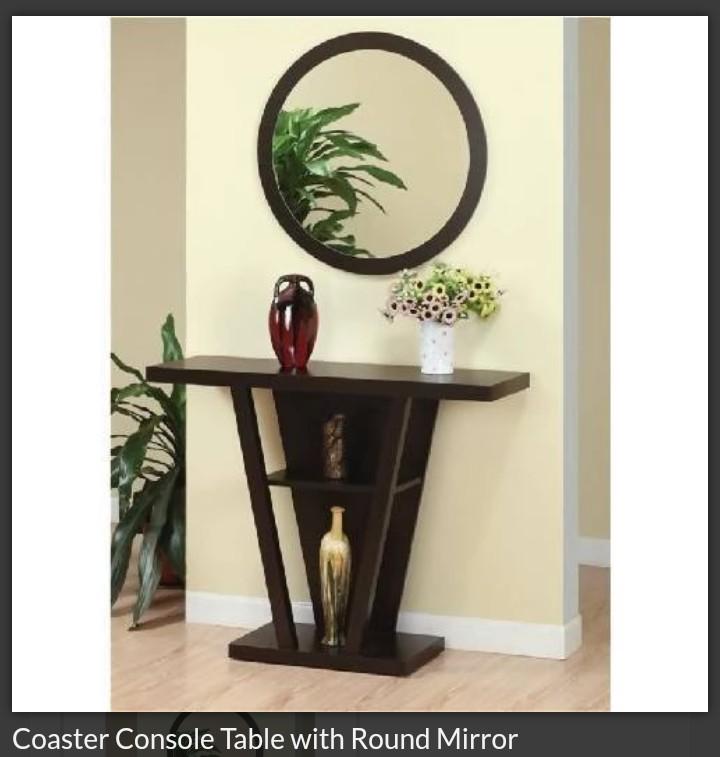 Another type of simple/basic console is the one captured below. The designer seems to have deliberately made use of basic geometric shapes as observed in the square ornamented mirror, the rectangular surface and base of the console itself with the circle in between. We can see that these two basic consoles are only used to display other elements of interior decoration like vases. They are both made of wood. 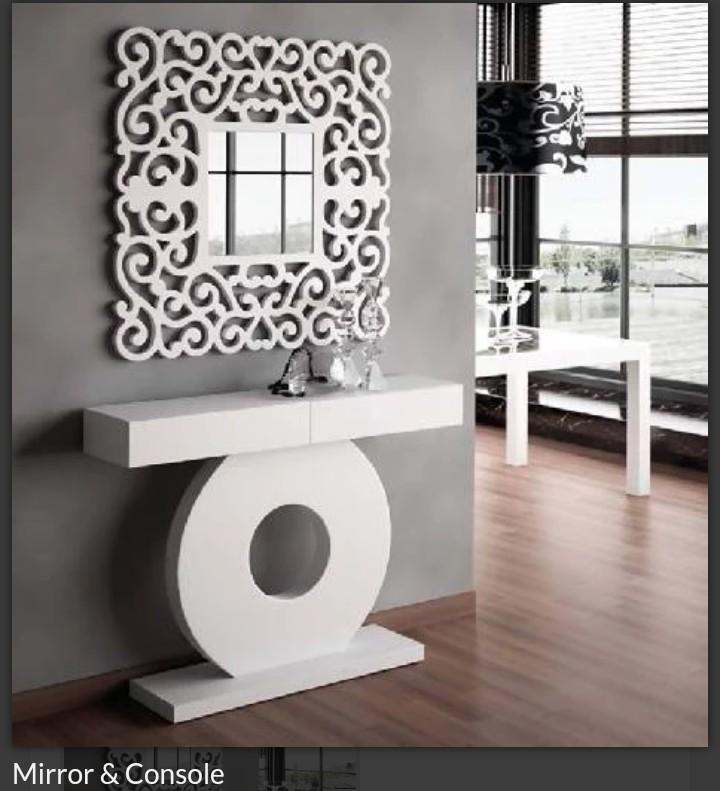 Some consoles have other uses than accentuating or filling up empty spaces and displaying vases. They have shelves and drawers to be used as storage spaces for books, magazines, keys and other odd items. TV consoles have become a trend in most modern homes even when the TVs themselves are mounted on wall brackets. In most cases, remote controls, game consoles, CDs, books and magazines are kept on the consoles, in drawers and/or shelves. Such functional consoles could come in static rectangular/cuboid or adjustable forms like the one displayed below. 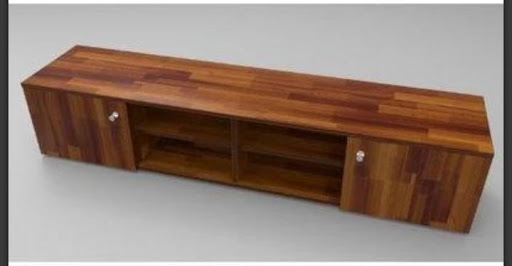 Consoles could come in unconventional forms differing from the norm in one, some or all of the elements. While the conventional side tables consist of a rectangular or circular top and stand on four legs, some may come in different shapes or not even stand on any leg or base like the “S” shaped console and the floating/hanging consoles below. 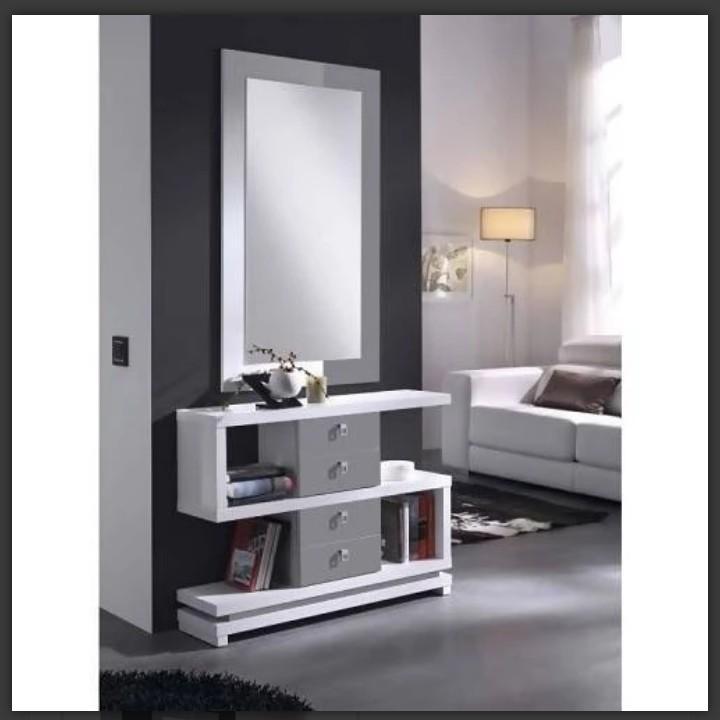 Have you noticed that your phone’s battery always got full when you visited a particular place? You probably came within the wireless charging range of a smart TV console. Some consoles don’t look anything like the conventional consoles. Look at this dining side table for instance. They probably have concealed drawers or swing door shelves where you could hide the remote control and files containing highly classified information.

This console will definitely give the space a stately, luxurious look and it serves as a fitting base for the paintings and pictures hanging on the wall above it. 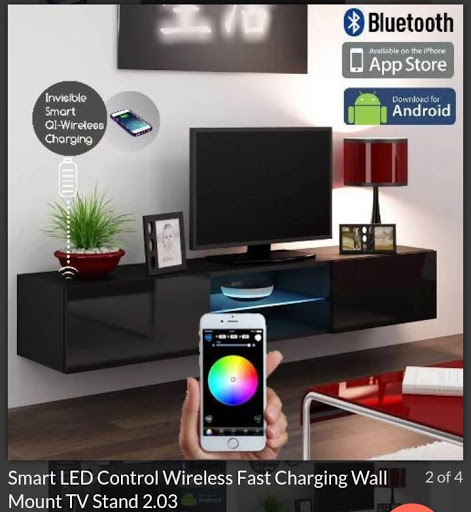 Technology finds a home in this modern styled console made of wood & glass and features a detached floating shelf. The glass enclosures have led lights that can be controlled from an app on your phone. Some of such consoles come with features that allow you to change the colour of the led lights. Depending on your taste, budget and/or space, there’s a console that will add that fitting accent to the ambience in your home. 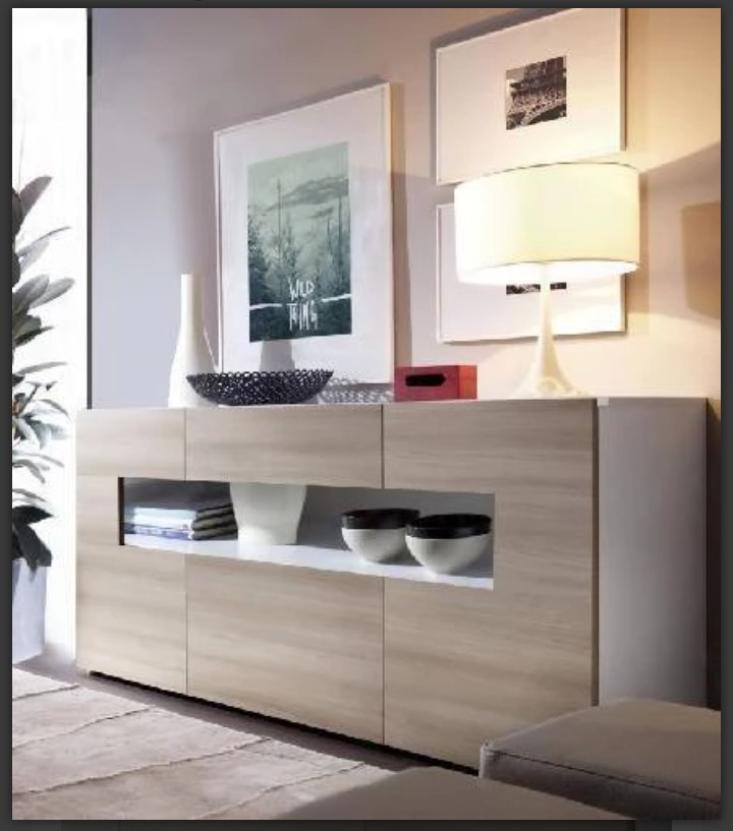 He has always loved creative arts despite studying some social science course. He has recorded a couple of songs (dope rap songs I must say), worked as a copywriter in a few advertising agencies but  now does freelance for free Wi-Fi connection. He prefers writing motivational and inspiring pieces in the form of poems, articles, short stories or songs.

Must-have Plumbing Tools that All Professionals Use

Must-have Plumbing Tools that All Professionals Use ...
Read More

Corporate Gift Ideas you should consider